In 2018, 82.8 million international visitors traveled to Spain, which was an increase of 1.1% from 2017. Spain is home to Madrid, Barcelona, Sevilla, Granada, and more, so it’s no wonder travelers are obsessed with visiting Spain. Aside from beautiful cities and villages, part of Spain’s charm is its culture, food, Flamenco, and soccer. Bennett Velasquez shares some reasons why Spain has to be on everyone’s bucket list.

Catching a Soccer Match at Camp Nou
Spain might be known for Tapas, Flamenco, and Gaudi, but it’s also known for two of the best soccer teams in the world, Real Madrid and FC Barcelona. For those who are diehard sports fans, no visit to Spain would be complete without catching an FC Barcelona game at Camp Nou. If there are no matches during their stay, Bennett Gramm Velasquez points out visitors can also tour Camp Nou during the day.

Eat at the Best Restaurant in the World
For those that consider themselves the ultimate foodies, Spain is the place to visit. Located in Girona, Spain, El Celler de Can Roca has been named the best restaurant in 2013 and 2015. Bennett Velasquez mentions it’s quite challenging to get a reservation at this top restaurant but worth it. The restaurant releases new reservations on the first of each month at midnight.

Explore Valencia
Although many people flock to Madrid, Barcelona, or Sevilla, the city of Valencia has a lot to offer visitors. Bennett Velasquez points out that Valencia is the city of arts and science. For those who are art and science lovers, Valencia is the place to see. Most people visit the aquarium, planetarium, or catch a movie on IMAX.

Experience La Tomatina
If running with the bulls in Pamplona is not your thing; getting caught in a tomato fight should be on your bucket list. Each year over 20,000 people gather in Bunol for the largest tomato fight in the world.

Admire Antoni Gaudi’s Work
Even those who are not architecture enthusiasts can admire the architectural masterpieces of Antoni Gaudi. Those visiting Barcelona must check out Gaudi’s most famous works, such as the Sagrada Familia and Park Guell. Although it has taken more than 140 years, and it’s still three-quarters of the way completed, travelers can still admire the architectural style of the Sagrada Familia. At Park Guell, Visitors can spend a few hours admiring the serpentine benches, mosaics, fountains, and sculptures.

Bennett Gramm Velasquez is a young traveler who has visited England, Italy, Monaco, Colorado, France, Hawaii, and many other places. He hopes to inspire others to travel the world.

Barcelona is one of the most popular cities in Europe without a doubt. The numbers don’t lie for every year 32 million people visit this city in Catalonia, Spain. The number of yearly visitors outnumbers its 1.6 million residents. For those travelers who are considering a trip to Barcelona, Bennett Velasquez has a list of things every person must do in this charming city. 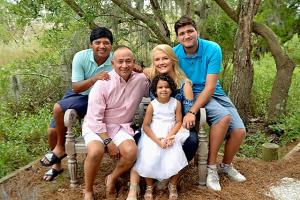 Las Ramblas
According to Bennett Velasquez, the number one activity for visitors to Barcelona is to walk down Las Ramblas. This famous promenade starts at Plaça de Catalunya and continues down to the Columbus Monument at the waterfront. Walking Las Ramblas is a classic tourist activity, and there are plenty of things to do. Bennett Velasquez points out his favorite activity is to sit down at one of the many cafes, and people watch.

Sagrada Familia
Even those who are not the biggest fans of Antoni Gaudi will appreciate the architectural masterpiece that is the Sagrada Familia. According to Bennett Velasquez, no visit to Barcelona would be complete without appreciating this basilica. Although it has taken more than 140 years, and it’s still three-quarters of the way completed, travelers can always admire the architectural style.

La Boqueria
Travelers who want to experience an authentic market in Barcelona should head to La Boqueria. This market located off Las Ramblas has been on the exact spot for about 200 years. While travelers might not be able to witness the same trading that happened centuries ago, they can still enjoy the fresh fruit stalls, cheese, wine, seafood, and authentic Catalan food.

Beaches
Without a doubt, Barcelona has many stunning beaches. If it’s a sunny day, Bennett Velasquez recommends all travelers to bring their towels and settle in for a day at the beach. Barcelona also has a boardwalk that goes on for miles and has plenty of shops, restaurants, and bars.

Park Güell
Bennett Velasquez mentions that those who can’t get enough of Gaudi should head over to Park Güell. This park is truly a masterpiece with incredible views of the city. Visitors can spend a few hours admiring the serpentine benches, mosaics, fountains, and sculptures. Park Güell is unlike any place visitors will have the chance to see.

Bennett Velasquez is a young traveler who has visited England, Italy, Spain, Monaco, Colorado, France, Hawaii, and many other places.

Every year approximately 9 million people visit Rome, the eternal city each year. According to Bennett Velasquez, visitors could spend a month in Rome and still not see it all. Millions of people flock to Rome to experience history culture, and some of the best cuisine in all of Italy. As someone who loves travel, Bennett Velasquez shares some of the best things to do in Rome, Italy. 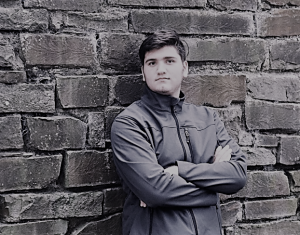 Trevi Fountain
Travelers cannot visit Rome and not make a stop at the iconic Fontana di Trevi or Trevi Fountain. Completed in the mid-1700s in the baroque design, it’s easy to see why visitors are enamored with Trevi Fountain. In 2015, after a multimillion Euro restoration, visitors were able to admire the god of the sea, Oceanus emerge from the pool in all its splendor. Bennett Velasquez recommends Trevi Fountain for those who plan to visit Rome in the future.

Colosseum & Roman Forum
No visit to Rome would be completed without visiting the iconic Colosseum, which dates back to 80 A.D. According to Bennett Velasquez, the Colosseum is a prime example of Roman architecture at its finest. After visiting the Colosseum, visitors should also stop at the Roman Forum to explore some of the most important ruins of Ancient Rome.

Pantheon
The Pantheon is a former Roman temple that dates back to 120 A.D. While it’s now a church, the Pantheon is an impressive structure that impresses most visitors, not to mention it’s a free attraction.

Get Lost in Rome
Bennett Velasquez mentions it would be a difficult task to list all of the beautiful things to do in Rome, so the best thing to do is wander the streets. While walking the streets of Rome, visitors will stumble upon many important monuments, shops, and delicious eats.

As a Hospitality, Retail and Sports Management (HSRM) student at The University of South Carolina, Bennett Velasquez strives to become a leader in the hospitality industry on matters of sustainability and the environment.

His desire is to find responsible ways to lessen overall waste where possible in the hospitality and tourism industry and create “smart business tactics.”

Due to his strong passion for sustainability in the hospitality industry, Bennett Velasquez discusses the latest trends.

During his studies, Bennett Velasquez has noticed the increasing trend among hotels of solar energy roofs and energy-saving windows. More and more hotels are opting for adding solar panels to their rooftops to help power the building and reduce energy consumption.

Many new properties are also making installing energy-saving windows a priority. These windows help keep the temperature inside the room and reduce energy consumption.

Although not many people know this, the bee population is in rapid decline due to industrial agriculture, pesticides, parasites, and climate change. The decrease in the bee population could have a significant effect on biodiversity. Hotels such as the Waldorf Astoria, New York have begun to take steps to save the bee population.

Some other hotels that keep bees on their roofs include the Mandarin Oriental (Paris), W (Taipei), Fairmont Waterfront (Vancouver), and St. Ermin’s Hotel (London).

Bennett Velasquez mentions that research shows the hotel industry produces 5 to 7 million tons of food waste a year. To reduce their overall food waste, hotels are taking significant steps to remedy this issue. Some hotels have considered implementing à la carte menus instead of buffets to minimize excess food.

Other hotels are focusing on sourcing local produce and adding only seasonal foods to their menus. Composting programs to help hotels dispose of food are becoming more and more common. On-site herb gardens are also on the rise.

Bennett Velasquez is a freshman at The University of South Carolina in Columbia. Although he just started his college career, he is the recipient of the Garnet Scholarship and the South Carolina Life Scholarship. Bennett is a Green Scholar at USC and is the Carolina Sustainable Newcomer of the Year. He also has been invited to attend the prestigious and competitive Cesar Ritz Hotel and Hospitality Management School in Switzerland.